Iron bacteria are naturally found in the soil, and they can easily migrate into your well and begin forming colonies. They combine iron and oxygen to form rust as part of their natural life cycle, and colonies of iron bacteria will clump together in order to form sticky biofilms. While iron bacteria aren't necessarily harmful to human health if you drink them, they can cause considerable damage to your well by corroding it. Read on to learn more about how you can tell if you have iron bacteria in your well and how you can get rid of them in order to prevent them from causing further damage.

How Can You Tell if Your Well Has Iron Bacteria?

When you have a sizable colony of iron bacteria in your well, the first thing that you'll notice is that your water smells foul. The biofilm formed by iron bacteria has a swampy, musty smell. In addition, you'll also notice small red flecks of iron in your water that have been created by the iron bacteria. Finally, you can often see biofilm from the bacteria if you pour a glass of water from your faucet. It rises to the surface and looks like an oily sheen.

If you're concerned that your well may have a colony of iron bacteria inside of it, take a sample of your well water and have it sent to a lab for analysis. A lab will measure the amount of bacteria in your water sample and tell you whether or not they're iron bacteria.

How Can Iron Bacteria Damage Your Well?

The first problem that iron bacteria cause is that they'll reduce your water's flow rate. The biofilm produced by iron bacteria will build up on your well pump and the inside of your plumbing pipes. If you have a water filter for your well, it will build up on the filter surface as well. The biofilm reduces water pressure across your entire well system, since water has a difficult time flowing through it.

Iron bacteria will also cause the steel components of your well to corrode as it turns iron into rust. This includes your well pump, your pipes and your well casing. Corrosion makes these components more likely to fail since it weakens their structural integrity.

How Do You Get Rid of Iron Bacteria in Your Well?

In order to remove the iron bacteria from your well, you need to call a well service and have your well disinfected. This is normally accomplished by using large amounts of highly concentrated chlorine, which can kill the iron bacteria. Only a professional should handle this product, since it's very corrosive. Improper usage can cause injury or damage to your well.

If you think that you have iron bacteria in your well, get a water sample from the well tested by a laboratory. If the lab detects high amounts of iron bacteria, call a well service and have it disinfected in order to get rid of them. Doing this as soon as possible is a good idea since it will prevent the iron bacteria from corroding the metal components inside your well. 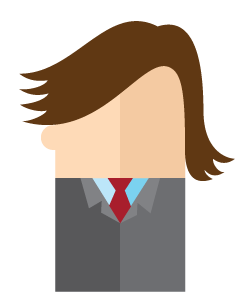